Of course it’s impossible to give Mansfield Park five stars. Even though I exasperatedly love Fanny, and love-hate Mrs Norris, and disapprove-of-at-the-same-time-as-I’m-charmed-by the Crawfords, Henry and Mary both.

Because Fanny marries Edmund, and how can anyone five-star that?  Oh, Jane, what were you thinking? 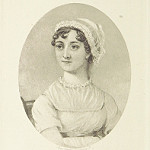 With every re-read, it’s like heading towards the tunnel, awaiting the oncoming train with horrified anticipation. And yet hoping – praying – against all knowledge and experience, that maybe it’ll be different this time.

Oh, please, Fanny! Just this once, for me, run off with delightful, deplorable Henry Crawford! For me!

Fanny is underrated, I’ll just note. Compared to Elinor Dashwood, Fanny is half Beyoncé and half Patti Smith, a soft-hearted sex-minx with a nice nature, a cultured mind and a passionate heart.

I don’t care what’s sharper.  It’s the tooth that counts.  I’ve got a tooth that needs looking at, after a filling fell out.  I think maybe it’s going to need a crown, and the very thought is an affliction and a scourge.  Damn it.

The thing is, it doesn’t hurt, not a bit.  Who can bring themselves to drag themselves to the dentist for extensive dental work, when nothing hurts?  It’s more than is reasonable to ask of mortal flesh.  Isn’t it?

Thing is, I’m pretty sure the filling fell out after I got fed up with trying to get a vitamin bottle open, and took my teeth to it.

And I’ve got at least three pre-existing chips elsewhere in my dental equipment, due to gnawing away at purse fasteners, bottle ring-pulls, pencils and whatnot.  You’d think the penny would drop the first time, that it’s generally not a good idea, wouldn’t you?

Teeth.  Huh, what are they good for.  They had the right idea in my gran’s day – whip ’em out and have some nice false choppers installed. Solid oak!

That guy in the Miracles?  See that guy second from the left?  Is that Romesh Ranganathan in a former life or what?

Ah, I love Romesh.  The surliest, dourest, most hilarious swine on the face of the earth.

Oh, and of course all other music in the galaxy might perish and wither to dust, we still wouldn’t be too badly off as long as we had the recorded output of Smokey Robinson.

I expected a little more from this than I actually got – it felt as if at any moment a profound epiphany might appear, but that promise was never quite made good. Still, I did enjoy it. The best thing was reading about Tyler’s love of nature and animals, which felt deeply real. His opinions and reading about the anthropomorphization of animals in human culture was especially interesting – more so than his personal relationships, really. I found his issues with his older brother’s sexuality a bit tacked-on and not really credible. Still a worthwhile read though.

Francis has been dating pack Alpha werewolf Jonas Greyashe for three months now. But what’s his status? Is he significant other, casual squeeze, occasional hook-up… or mate? It’s not just Francis who wants to know… Sequel to A Bookstore, A Werewolf and a Full Moon.

The key is to keep company only with people who uplift you, whose presence calls forth your best. Epictetus (Philosopher) Have a blessed day all. ❤

I ask, of course, because that’s what I’m writing at the moment. But perhaps you’ve addressed the issue in your own writing, or have an opinion you want to chime in with. Feel free! 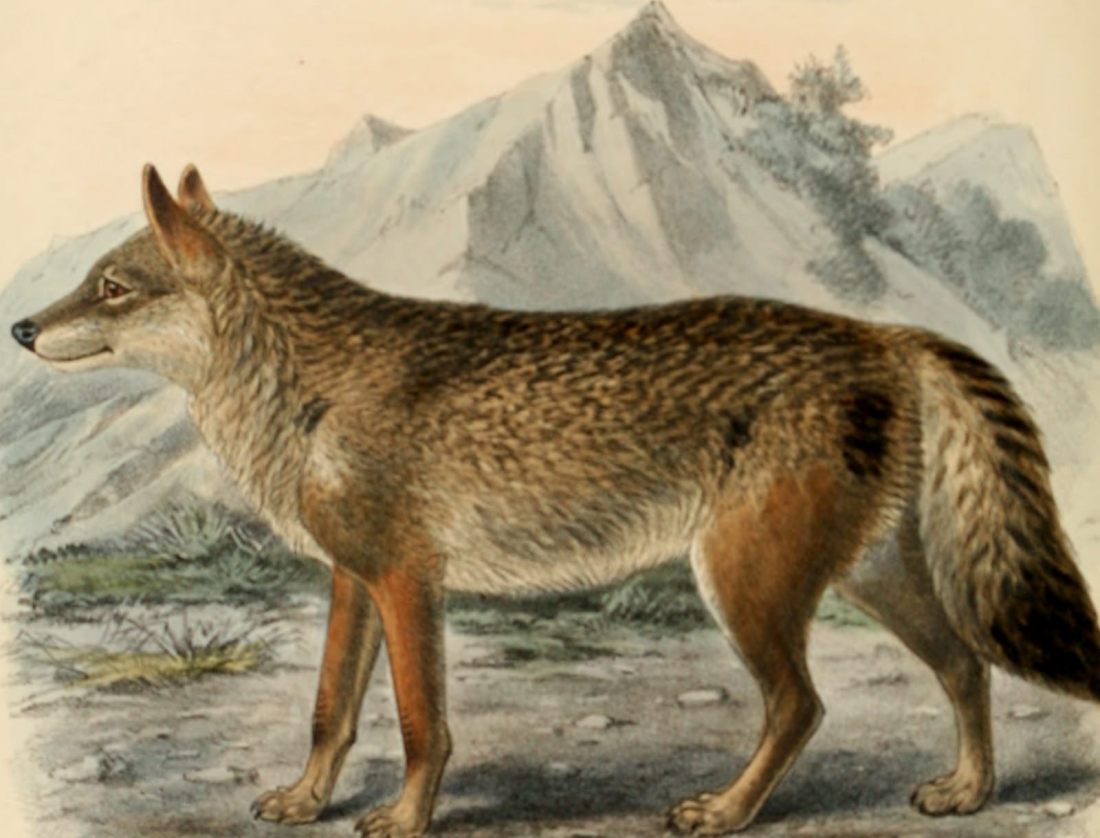 I’m currently working on the third instalment in my ‘Wolf Wars‘ quintet – the first of which, Wolf Slave, I’ve been posting in regular instalments right here on WordPress, as well as it already being posted in full on Wattpad, and available for free download here. And given that the series is set in an alternate version of Britain in the twentieth century, the issue arises from time to time.

(You can tell that it’s an alternate version, what with all of the werewolves littering the place up and acting as the ruling class. It’s a dead giveaway.)

But, in a world with an aristocracy – even a paranormal one – and a servant class, although actually mostly slaves – the social structure is at least apparently set in stone, from the first instalment. In Wolf Slave, Penn is a human slave bought by a new master. A master who turns out to be, surprisingly, his former childhood friend. (Who just happened to be the werewolf son of the house, to the pack who were Penn’s mother’s owners.) 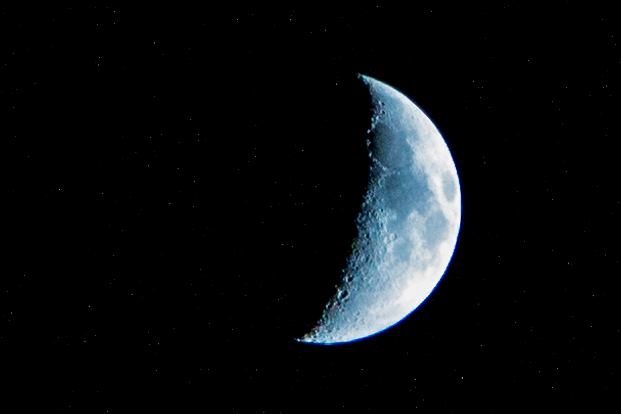 The power structure’s set out right there, but in the second book – Wolf Runaway – things start to fracture and complicate themselves a little. In contact with the liberation network, and on the road to freedom – after a fashion – Penn isn’t exactly a slave anymore. Not unless he gets caught, at least. So what is he, within the existing power structure? Missing property, a free man, a rebel, a terrorist? What would he be in the same decade in our world – an escaped political prisoner?

In the existing class structure – in our twentieth century, and the alternative century of the book – if his consent to subjection can’t be enforced, then what is he? Who defines it, and more importantly how far can I stray from the facts of our own mundane class-bound history? (And yet have it remain, recognisably, an alternate version of our world.)

And in the third book, it’s only getting more tangled. I haven’t come up with a title yet, although ‘Wolf Liberty’ is currently calling to me. (Liberty Wolf?)

But at the end of ‘Wolf Runaway’, Penn has been bitten.

And at the beginning of Wolf Liberty, from being a low and oppressed slave, he opens the book as a wolf. Effectively one of the ruling class, and accepted as such into the Hotstaat pack to whom he was once no more than a bit of property.

Except, this wouldn’t have happened in our world, right? I can’t see it. The book is set in the 1920s/30s. Penn, as a human slave, has lower status than the lowliest servant would have had in our own equivalent era. But getting bitten, and becoming a werewolf in this world, means that he can’t be legally kept as a slave anymore.

From there, to being accepted into the pack as a member of the ruling class, that’s a bit of a leap, though. What would be the equivalent in the same time in our own world, our own history? A stable-boy marrying a countess, perhaps. Which might be a stock trope in regency romances, until the stable-boy is unmasked as a duplicitous Duke. But in reality? Not so much.

It’s working in my manuscript – or at least in my plot outline, not having got that far with the actual words bit. But the devil’s in the details, and I’m wondering with what precision I need to stick to Real!20th Century manners and mores… given that I’m already taking such a huge liberty with all likelihood and custom as far as zooming up and down the elevator of social class and mobility is concerned. Can I have Roaring Twenties werewolf jazz-babies doing the Twist? Universal suffrage delayed till the fifties? Is there a point remaining to sticking steadfastly to punctilious detail most places, while heading off in a radically different direction for a given parameter?

I mean, I could always appeal to the authority of Henry James. I’m not sure what critic described him as viewing vertiginous rises and descents in social class as being largely related to luck and chance. But I’m pretty sure that someone did. Elizabeth Wurtzel, maybe? One of those supermeta people, anyhow. Whoever, he’s with me, right? I mean I detest Portrait Of A Lady, but a little lent literary authority don’t hurt.

How about you dear reader (and writer)? If you’re writing alternate history, how far do you feel obliged/entitled to stick closely to the facts here, and veer off widely there? How much fun are you having in your own personal Timeless!machine, re-writing history to your own satisfaction?

Ben is a company CEO whose PA Alec left the company with no explanation a while back. Which would be fine, no hard feelings. Apart from his having been totally in love with the guy. So when he finds out Alec is working as an escort, he wants to know why. And that’s not all he wants…

Is it just me, or do you see ‘Gravatar’ and think ‘gravadlax?  I see a plateful of cured salmon, straight out of a Scandinoir…

A Slippery Slope in an Ad Agency by Yu Sakurazawa

I had some issues with this one.  It is, on the surface, a cracky romp that addresses trans issues in a fairly superficial way, playing for laughs and yanking the reader along with it.  To an extent it succeeds in this aim.  -SPOILERS- END_OF_DOCUMENT_TOKEN_TO_BE_REPLACED