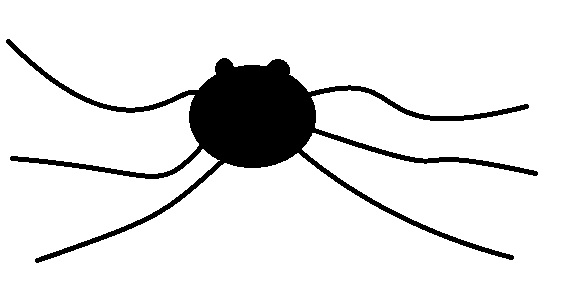 Something about it unfroze Adam’s vocal cords, at least. “I was in the shower,” he blurted out, explaining the inexplicable.

Milo nodded, the way you might nod to any naked lunatic. And Adam continued, annoyed – because who liked being humoured? “There was a spider in there,” he said. “I only noticed it once I was already in there, up in the corner out of the way of the showerhead.”

It didn’t get the big reaction he’d been aiming for. Markov just looked at him a moment longer, like there had to be more explanation coming that that. For nudity, and being still bedewed with shower-raindrops, and suchlike.

“It was a really big one,” Adam added. He was getting annoyed, now.

YAY!  5th installment of my bug-hunter/bug-phobic gay romance, here it is!