On Writing: A Memoir of the Craft by Stephen King

I read it a long time ago, and to the best of my memory I just didn’t agree with at least half of King’s assertions. But you can’t argue with his sales, and The Dead Zone is one of my favourite books ever. He’s got to know what he’s doing!

Oh!  You want more ideas?  What you think this is, an idea-shop?

Yeah, yeah it is.  You want fries with that? 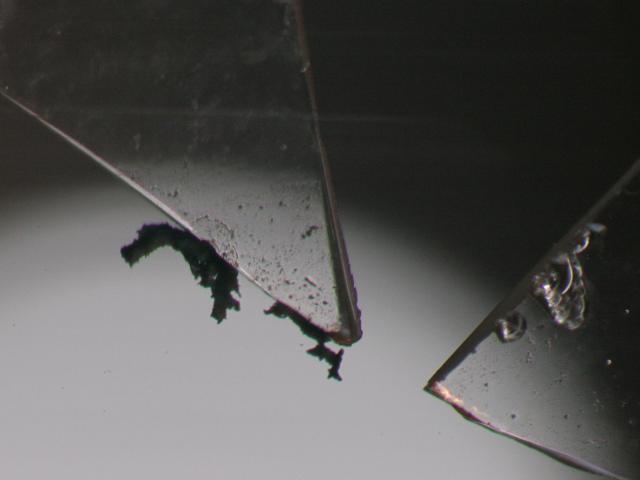 a) Grab your crafting box, get out the beads.  If you don’t got no beads, break apart the necklaces you don’t like.  Voila!  Beads!  Make earrings, decorate t-shirts… make creepy little beaded voodoo dollies.  Do a little voodoo on your ex-boyfriend.  Not too evil.

b) Find something broken in your home.  Either throw it out, mend it, or use it to make something else. ETA: don’t break something just in order to have something to use!  Unless, you know… you wanna.

c) Go through your pile of to-be-thrown-out newspapers and magazines, make a collage.  Make a my-life-in-five-years collage.  Include a Tesla!

Ha, think I’ve got the hang of this…  oh no, that was the last one of the week!

(Love those Trinian’s vixens in any incarnation!)

Damn it. I had a terrific idea today – well, I had an idea that would be fun for me, and that amounts to the same thing. I was listening to a local pop radio station, golden oldies – depending on your era. It was one cheesy 90s housey-housey rave trance and techno classic after another, which is always good fun for me. And I thought – with poetry on my mind, after reading one blog post after another about it – O, I know what would be a good idea.

I could write a series of ‘After a line from’ poems! But, instead of taking the first line from another writer’s poem, and building a whole new cathedral of words upon it… I could take the first line (or maybe the standout line from the chorus) of an earworm-worthy 90s dance classic.  Like say ‘Ride On Time’, or ‘You’ve Got The Love’. Or ‘You Might Need Somebody’!  Shola Ama, baby!

…and then make something completely other out of it.  Something that you wouldn’t catch on a dancefloor.  A quiet meditation on death, or love, or gardening, say.

But beyond the signalling of the format, the citing of the original creative spark – I was damn sure that it was a poetic format that had an actual name, dammit.

But what? I had a vague notion that it might be a clerihew. But a quick resorting to search engine services proved me wrong. I’m not overly educated regarding formal poetry structures – O, the power of understatement.  But what little information I did possess proved insufficient. Not a rondel, not a sonnet – bloody hell no – not a villanelle either.

I knew there was an answer, though – and I knew how I knew, too. I’d first come across the phenomenon at ten or eleven years of age – in a boarding school story by Ann Digby.

The Trebizon school stories were moderately popular at the time, although I found them a bit bland. Compared to the traditional exemplars of the genre – Enid Blyton, basically, and perhaps the Chalet School, and of course St. Trinian’s – they were botched, uneasy half-arsed 1980s creations, products of the time. Hardly able to flat-out condemn private education, given that they were trading on its snob appeal – and yet offering half-hearted sops to the red flag, with school scholarships for plucky lower-middle class heroines. (Definitely lower-middle. Not actual proles, darling.) Doubtful about the seductive charms of the aristocracy, even in an era in love with Princess Diana, and gifting the school involved with a cohort of upper-middle bourgeoisie, banker’s brats and doctor’s daughters.

Sign o’ the times, right? Thatcherite union-breaking, miners’ strikes, all that jazz. Not exactly down with the workers, but unable to uninhibitedly embrace the decadent allure of the aristocracy, blatant capitalist privilege and unearned elitism.

Not like these days, eh? Fucking Mumford, and his clueless hairy flippin’ progeny, in fruitless search of a tune in a tin bath.  Tom Hiddlestone, ex-Eton, ex-Dragon School, ex-Cambridge, the scrappy urchin nobly urging us to reach for the stars.  Cheers, Tom.

But I was an uncritical young reader – anything including cornflake packets and the Reader’s Digest, basically – and I swallowed the books down whole. Including one installment of the series, which included a school poetry competition. And what poetry format did our plucky heroine choose, as her competition entry?

Yep. She picked a line by – ooh, I want to say Wordsworth, but it was probably someone more obscure – a first line. And she wrote herself an ‘After A Line From…’ poem. Except, I’m pretty sure that in the book, she knew what the format was actually called, and – admirably – used the correct term. Well, admirably for a twelve or thirteen year old character. Considering that I still can’t locate the appropriate word, myself.

Not just that, we’re not done.  In the book, the format itself was key to the plot – because it wasn’t all over with just with the climax of OPH writing a winning comp entry. No.

The silly little heroine of the fourth form, and her slightly non-U accent, first wrote her derivative work while wandering lonely as a cloud along the beach, or a cliff or somesuch.

Then, the little div managed to let it get blown away by the wind. O’er the cliff and far away, and could she remember a word of it once it was gone out of her hand? Could she heck as like. Oh dear, oh hell.

So, what’s an earnest scholarship private boarding school girl to do, when she’s lost the work of genius that the inspiration of the moment has brought her?  And the competition deadline is looming? Oh, bloody hell. Probably just bodge out an inferior substitute.  Because when the Muse isn’t calling, the poxy bitch can’t be seduced, and you just gotta pound out the words and fulfill the requirements anyhow.

Well, too bad, she doesn’t win the competition. Except, she does get to read the winning entry. And get this: it’s her own poem. Yep, the first one – the one she let blow away over the cliff.

Which was apparently caught and retrieved by the Assistant Head Girl of the whole damn school. The moral leader and ethical exemplar of the entire damn shooting match. Which the dodgy bint has… uh-oh… claimed, and submitted as her own work.  Not a citation, not a reference, not a credit to be seen in the whole shebang, kidses, nuttin’.  Nuttin’!  No acknowledgment of either the original poet, or our transformative-workin’ Plucky Heroine, to be seen!

Oh, Plucky Heroine! What are you to do, in this tight spot?

Well, mostly, she spends the next chapter or so dithering about it. Oh, her work has been stolen! Oh, but it’s the assistant Head Girl! Who would believe her? How can she prove it? Will allegations result in dire consequences?

Eventually, after enough agonizing to justify a murder or a little insider trading, OPH does make a formal complaint. And both lassies get hauled in to see the Headmistress. (Who is as sapphically lithe and foxy as you might expect the headmistress of a fictional girls’ boarding school to be. Well, that’s how I choose to remember her, at any rate.)

It’s not smooth sailing.  Prove it, the Headmistress basically says. And our divvy – hang on, Our Plucky Heroine – who has not thought this through – has no comeback to that. Until! The Assistant Head Girl – or, as we shall know her, Thieving Little Cow – is making good her escape, smirking smugly and heading for the study door. That’s when the Headmistress casually says, “By the way, Robin -”

…assistant Head Girls are always called Robin, or Roberta at a pinch…

“I’m planning on including the works of NAME OF HIGHLY OBSCURE POET in next term’s English seminars. What’s your opinion on that?”

Cue blank look from Evil Roberta, The Thieving Little Cow. Who has never blimmin’ heard of HIGHLY OBSCURE POET. Despite having entered an ‘After A Line From…’ poem in the prestigious school literary competition, taking as its first line one filched from that very HIGHLY OBSCURE POET himself.  Not that it was flagged up as a derivative work, since OPH had just been scratching out a rough draft on the leaf of paper that found its way into TLC’s eager hot sweaty little hands.  Roberta didn’t have a clue, that not one but two writers had contributed to the work, which she then laid claim to and appended her own name to.

Pwned is, I believe, what the kids haven’t been saying for about five years now.

Turns out, Sexy Sapphic Headmistress (in my head) had had her suspicions about TLC – given the lack of the usual format of title attribution for these poems, given her past character.  But without hard evidence to confirm her suspicions, she’d been powerless to validate and support OP(AC)H.

What? Oh. Our Plucky (Although Common) Heroine.  Obvs. Who was extremely familiar with the works of the obscure poet, and could demonstrate the fact, cosmopolitan, sophisticated and myopic as any other book-worm. And thereby proved her prior claim to the string of words arranged into music and meter on the page. Thievery thwarted! 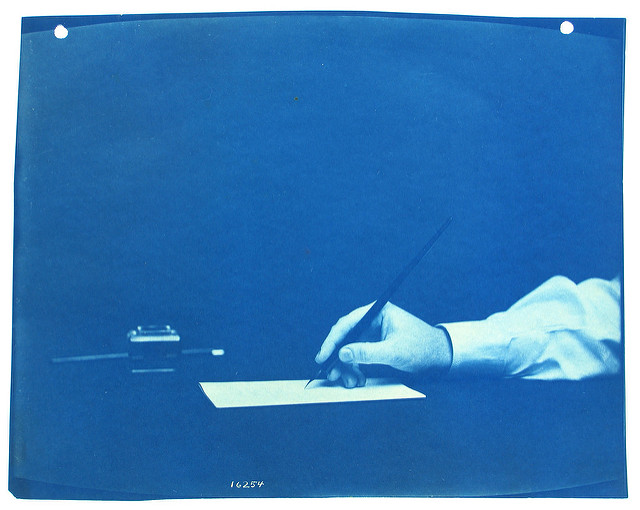 Anyhow, there ya go. Protected by poetry, redeemed by riffs, legitimized by language! This is the power of words, folks! Never doubt what the right or the wrong word can do – moving mountains, freezing hearts, changing destinies with the flick of a page of the thesaurus.

And I still have no clue what the poetry form in question is really and legitimately called. Must I really go the full hog and start re-reading the anodyne Trebizon saga, book after book, to find out? O dear reader, have you no clue on the issue?

What is it with motivational/LoA/religious speakers and humungous out-of-control runaway innuendo?  Huh?  Joel Osteen, too – ‘deposited something on the inside‘, lately, buddy?  It’s like they don’t know they’re doing it – but how can they not know they’re doing it?  Are they just adorably innocent?  Are their ids conspiring against them?  Is it all terribly Freudian?

(Actually I’m not sure Ralph doesn’t know he’s doing it.  That’s a wicked little smirk on his handsome face there.  Bless him.)

…at about 57 minutes in, Steve uses/invents the word ‘integrous’.  Integrous!  it’s amazing!  So is the vid!