…and all I can say is, ridiculous.  Ridiculous.  and also, big respect to Sun for HOT DAMN ROCKING THOSE SILVER PANTS right on sister! 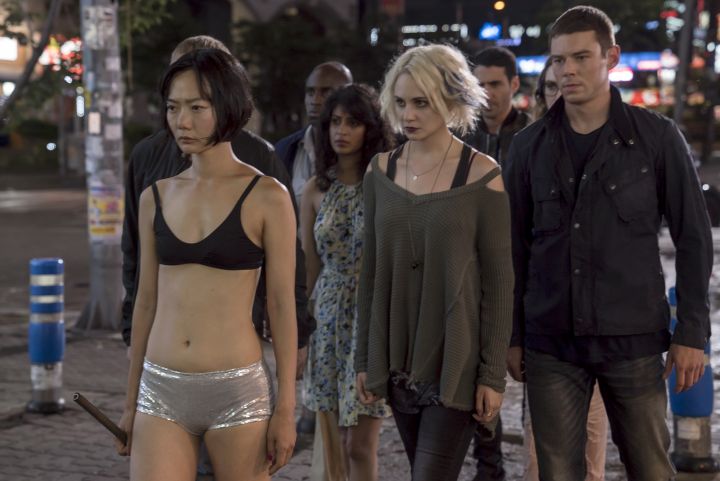 Can’t find a pic with a, ahem, better view.  But take it from me, or better yet just watch the ep.  Season 2 is worth watching, because at least it always has Lito and Sun, however daft it gets.

but as I say.  It brings to mind the immortal words of Matt Damon in Will & Grace:

‘Rockin’ ass!: for he himself has said it, and it’s greatly to his credit!

2nd post in my occasional series!  (Well, okay, I’m pretty sure I posted about it on Twitter once.)  Just an occasional call-out for a truly great, joyful, charming, funny name spotted in the long list of credits to a film or TV show, something to make you smile.

And, ta-da… Today, to bring you happy news of an amazingly-monickered individual, I have to… admit that I watched Did You Hear About The Morgans? on Netflix.  Well, I did!  I liked it, too!  Certainly, amongst the dearth of decent rom-coms on Netflix – and, yikes, they really have to step up their game in that regard – it qualifies as a minor classic.  Especially Mary Steenburgen tooling around as Mary Wheeler, the down-home country-gal special agent who plays with guns like they’re comic-book figurines brand-new in package.  And Hugh Grant, running away from slightly bemused bears.  (They seemed like a good match, Hugh and the bear. Maybe more than him and Parker.) 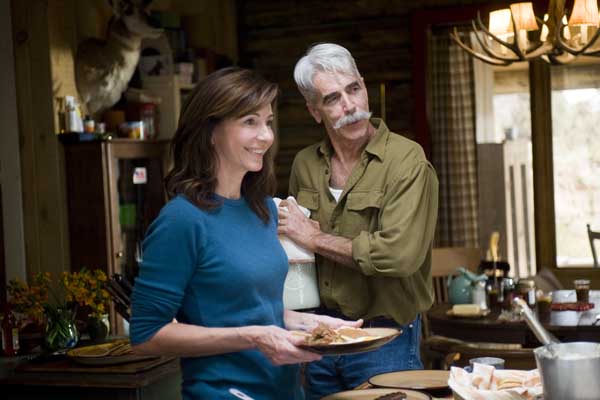 Never mind the film, though.  (Well, do mind it.  Watch it.  I swear it’s good!  Good enough that I watched it in English, French, and Spanish.  So far.  Must check if it’s available in Polish.)  But the name!  What’s the memorable, funny, fabulous name in the credits?

Especially if it’s not just rhyming slang, an alternative to Alan Smithee for someone who didn’t want to be credited for their work on a Hugh Grant vehicle.  Big shout out to you, Quirt.  You, Hugh and the bear, I hope you had a fabulous time making this cute and daffy little film.

If you’ve missed Asian Provocateur, the latest Rangathan telly vehicle –  how could you miss it, I’ll be marking you down for that later – don‘t miss it!

The first episode has already been shown on terrestrial TV, but you can find all eps here.  The first ep, oh so funny!  Romesh stuck on a stick out in the sea, swearing at the cameraman because it takes him three hours to work out that there’s actually a way down! 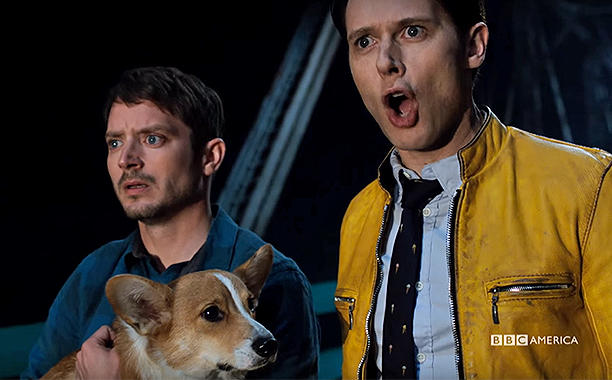 Less than a month since finishing the first full viewing of Dirk Gently season 1…  Is it time for a rewatch?  It sure feels like time…  I really miss these guys.  Dirk’s permanently outraged genial innocence lights up my life.

I watch the Channel 4 Countdown repeat in the mornings, as I’m waking up.  Sipping at a cuppa, and dopily admiring anyone who can come up with an eight letter word out of PLDFOKLDKJDKJD at that time in the morning. (I know, it’s a repeat.  But it’s early, and my brain hasn’t activated at that point.)

I think maybe it ought to do a crossover, though.  Countdown meets Ultimate Cage Fighter, maybe?  First word wizard magic, then doing wonders with numbers.  Then finally, to battle it out, gouging and kicking and no holds barred, in a bloody battle to the death for the title of Hardest, Smartest Nerd On The Block.

You like Fred?  Or Wodehouse?  Totally worth checking out.  This old chestnut was aired on UK terrestrial telly recently.  I was still waking up on the sofa on Sunday morning, with Beeb 2 airing randomly. blinking and sipping coffee, before I really knew what I was watching.

And what I was mostly thinking, as I became aware that I was watching telly at all, was, “Hello!  This jolly old thing has a bit of a Wodehouse-y feel, what-ho!”

It did.  It really did!  Stray butlers, foppish bemused young chaps, determined foxy females packed with moxie, unlikely plots, millions of bucks and tap-dancing…. It had Peregrine Granville stamped all over it.

Then I remembered Wodehouse had a lost weekend, or decade or something, in Hollywood.  Checked out IMDB and Uncle Bob’s yer Uncle Fred, there it was.

And tbh, a lot of this particular effort is almost directly filched from his books and stories.  In particular it’s a xerox of a lot of the Blandings stories, plus added fancy footwork.  But so what.  All to the good, right?  Astaire is fantastic, a man almost made to be a Wodehouse hero, and could have played Wooster quite credibly I reckon.

If you’re a big fan of Astaire, Wodehouse, vintage b&w films or vintage hoofing, this is the one for you.  Unmissable.

Yeah, you know what Netflix cheating is already.  A sneaky episode when you’ve got an afternoon off work, and then feigning laughs and interest when you ‘watch’ with your partner later that evening.  Then you can’t sleep – BECAUSE OF THE GUILT! – in the night.  You get up, pick up the console and oops, that’s three episodes now!  After that it’s all downhill.  Three days later you’ve finished the season, but you’ve still got to re-watch it all with your poor betrayed, unsuspecting OH…

Yeah.  sob.  What about the other side of the coin, though?  When a show doesn’t irresistibly draw you in like a magnet.  When you couldn’t give a toss about it.  When you wouldn’t be watching it in the first place if your partner hadn’t coaxed you into it with promises that ‘yeah, the first ep’s a bit slow, but they say it reeally gets going later!’

And five nights and ten eps later, they’re still having to coax.  and pout.  while you cling to the computer screen, spend an hour and a half in the bath, and then twenty minutes pouring wine and putting snacks in bowls in the kitchen.  Until they finally frogmarch you to the sofa, for another evening of Netflixed bliss, watching paint dry for two hours, hand in hand…

(not literally watching paint dry, right?  they got rid of the screen saver Fireplace For Your Home shows, didn’t they?)

I don’t have very high standards for what I’ll watch on Netflix in the last hour or so before I toddle off to bed.  Really anything that’ll quiet my mind and lull me pleasantly with a few laughs or a little light romance is fine.  So this fit the bill perfectly the other night, I thought: what looked to be a subpar 2006 romcom featuring Jennifer Garner and Timothy Olyphant.

I selected ‘play’, settled back and prepared to zone out.  And it was…

Good.  Quite good.  I don’t mean to sound amazed.  Jennifer Garner has been in good films before.  But it was… funny.  And the setup was dark as heck, and there was a lot more comedy involved than romance.  Even though TO and JG were hot as hell together.

Timothy Olyphant, though.  Can we talk about Timothy Olyphant?  I had to check how old he was in this on IMDB, because I couldn’t believe the evidence of my eyes. 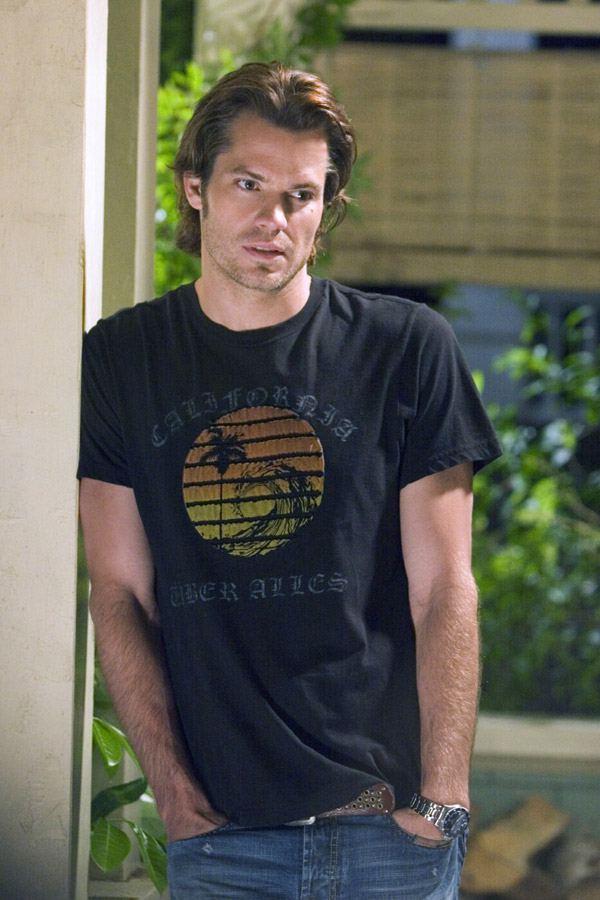 He could have been playing 23, for God’s sake.  I didn’t look that well at 18, never mind thirty-fucking-eight.  (eta: and in a Dead Kennedys tshirt, too!  TO is just unfair to… the rest of us.  How are we supposed to compete?)

The complete barsteward.  Genes are an absolute swizzle.

Apart from that grizzling aside, the rest of the cast were also aces, especially Juliette Lewis and Kevin Smith.  Well worth the price of… well, the price of the popcorn you smuggle into your own living-room, I suppose.  Bargain, esp. with all the sensitive vulnerable manpain on display.  Jennifer Garner’s finest moment since 13 Going On 30, and I do not say that lightly.

Netflix, I demand that you bring back the star ratings system immediately!  Even before it’s gone!  Thumbs up/down, forsooth.  BRING BACK THE STARS!  Where is the refinement, the spectrum, the shades of grey and subtleties in that?

I agonized over four versus five stars for Twelve Monkeys, agonized, I tell you.  Every star counts. 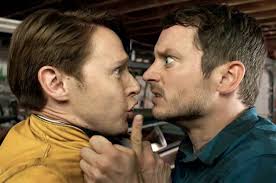 that everything Dirk has to say, in Dirk Gently’s Holistic Detective Agency, resonates with me so deeply?  No, no, I don’t think so.  Dirk is my twin soul.  Which is worrying, really.

Everything’s interconnected, after all.

Once hired, I am intrinsically connected to the specific case. I then will eventually solve the mystery. Merely by just kind of doing whatever.